Beyond ecotourism: The greening* of travel

How can travel make the world a better place? It's a big question. One that's close to my heart, and one I wrestle with every day while I try to balance two often-contradictory desires that rule my life: to tread lightly on the earth and to make a living doing what I love (writing about travel). 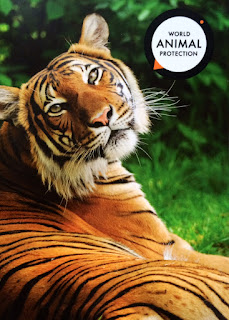 Last week I found myself in like-minded company, with people who love the planet AND travel, at World Expeditions' second annual Responsible Travel Symposium.

Behind the grandiose name it was an interesting, uplifting evening (two actually: one in Melbourne, one in Sydney) where seven experts gave short updates on various aspects of responsible travel, from animal welfare to porter protection.

I learned a lot (see below), but the main take-home message was that travel has outgrown ecotourism. It's heartening to see that all aspects of travel and all sorts of travel companies are now moving in more environmentally, socially and culturally sustainable directions.

1. Animal-friendly tourism. The desire to see wildlife drives a quarter of the travel industry, according to Nicola Beynon from World Animal Protection. Unfortunately there's a lot of behind-the-scenes cruelty in wildlife tourism, and some animals (such as marine mammals) should never be in captivity.

The good news: More than 100 travel companies (including World Expeditions and Intrepid Travel) no longer offer elephant rides, there's a growing acceptance that culture is no excuse for cruelty (good riddance to bullfighting) and that the best way to see wild animals is in the wild, and there's a new Animal Welfare in Tourism Code of Conduct, developed by World Animal Protection and World Expeditions.

2. Gear changes. Travel gear has grown up too, particularly for adventure travellers. We've come a long way since the first polar fleeces were made from recycled PET bottles. David Lowson from Paddy Pallin talked about recycling programs such as Worn Wear (by Patagonia) and Clothes the Loop (The North Face), Fair Trade and Fair Labor certification, a coming-soon ethical wool standard and the Responsible Down Standard to abolish such practices as live plucking (apparently all down sold in Australia is now RDS certified, good to know). The latest developments are technological, such as Patagonia's new Yulex organic rubber wetsuits and Giro bike helmets made of recyclable and compostable materials.

What we can do: Buy less, stay informed and choose ethical products. "The consumer is in charge and all this only works if consumers are told the story and choose to buy the products," said David.

3. The peaceful traveller. Louis D'Amore, the aptly named founder of International Institute of Peace Through Tourism (IIPT), had a dream: that travel would become the world's first global peace industry. He wasn't there last week, but Gail Parsonage, president of IIPT (Australia) was.

What we can do: Check out IIPT's “Credo of the Peaceful Traveller” which includes a commitment to “journey with an open mind and gentle heart” and to “offer my hand in friendship to everyone I meet”. It’s not hard. In fact, as Gail said, “You're probably already an ambassador for peace and don't know it.”

4. Porters protected. Sue Badyari, general manager of World Expeditions, spoke about the importance of protecting those who enable us to trek the world's wildest places, which seems particularly timely if you've seen Sherpa, an amazing doco filmed during the 2014 avalanche on Everest.

What we can do: Be aware of regulations if you’re trekking with porters – there are minimum age and load sizes, for instance, and porters are supposed to receive meals, accommodation and suitable gear when they’re working – and report any misdeeds. Download World Expeditions’ free Responsible Travel Guide for tips relating to travel in the Himalaya, the Andes and east Africa.

5. Flight-time. One of the biggest issues earth-loving travellers like me wrestle with is air travel. And for good reason. Flying accounts for 2-3 per cent of global greenhouse emissions, according to Melbourne-based Justin Pilgrim from carbon offset company Climate Friendly who nobly gave his talk in Sydney via Skype.

If air travel were a country, Justin said, it would be the 7th most polluting in the world. And with 56,000 new aircraft due to take off in the next 25 years, its impact isn't going to decrease anytime soon.

The problem is that offsetting our flights doesn't take the emissions out of the air, it just compensates for those emissions by investing in renewables. Even Justin admits that offsets aren't the answer "they're just one part of the solution." Meanwhile, the aviation industry is reduce its emissions through operational, technological and other measures. So this one is still, er, up in the air.

What can we do? We can reduce our emissions by flying less (travelling by train and teleconferencing whenever possible, for instance), staying longer, having fewer stopovers (most emissions are generated on takeoff and landing) and making our travel worth the high environmental price we pay for it. “If we are going to fly, we can choose the kinds of places that enable us to have deeper connections with our planet and to appreciate its beauty and respect just how fragile life on earth really is," says Justin.

6. Picking up 10 pieces. “You can tell a lot about a country by the litter and how it changes over time,” says Lisa Vitaris from 10 Pieces, an organisation that encourages trekkers to pick up 10 pieces of litter a day when they travel. In Nepal, it’s mostly Mars Bar wrappers, she says, in Cameroon it's plastic whiskey shots (go figure).

Litter wasn't a problem in countries like these when rubbish consisted of banana leaves and bamboo baskets; that changed when plastics were introduced. Here's Lisa explaining how 10 Pieces works:

World Expeditions now runs 10 Pieces trips in Nepal, Bhutan and Indonesia, providing travellers with reusable bags (travellers bring gloves and hand sanitiser), and Lisa is hoping to get 10 Pieces onto all seven continents in the next 5-10 years. Meanwhile, World Expeditions is lobbying governments to increase waste disposal systems and working to change the culture around littering (by helping people understand that tourists don't like to see litter, for instance).

7. Leaving no trace. Mountaineering legend and Sea to Summit founder Tim Macartney-Snape, the last speaker of the night, talked about Leave No Trace, a non-profit that encourages people to enjoy the outdoors in ways that minimise their impact on the natural and cultural environments. To keep it simple, there are seven principles such as: leave what you find, reduce campfire impacts and respect wildlife.

Tim also talked about the custom-made portable incinerators used on the 10 Pieces (and other) trips to dispose of combustible plastics; most plastics, being made from hydrocarbons, reduce to carbon dioxide and water when burned properly (not PVC or polystyrene, of course).

To sum up: See wild animals in the wild, buy ethically made gear (when you need it), travel in peace, trek with companies that treat porters well, fly only when you have to, pick up litter wherever you are and follow Leave No Trace principles on all your outdoor adventures. Seven simple ways we can make the world a better place when we travel.

* I'm not a fan of the word "green" but it is a handy shorthand for socially, environmentally and culturally sustainable anything, in this case travel.