Why I love the Northern Rivers (and Lennox Head)

Three months ago, I drove north of Sydney and took a long-overdue solo surf trip. For two weeks I camped at my favourite beaches, visited friends and dawdled north.

It was only when I reached northern NSW that I realised something: after living as a "digital gypsy" for 18 months, I really needed to stop moving and "be" in one place for the summer, maybe longer. 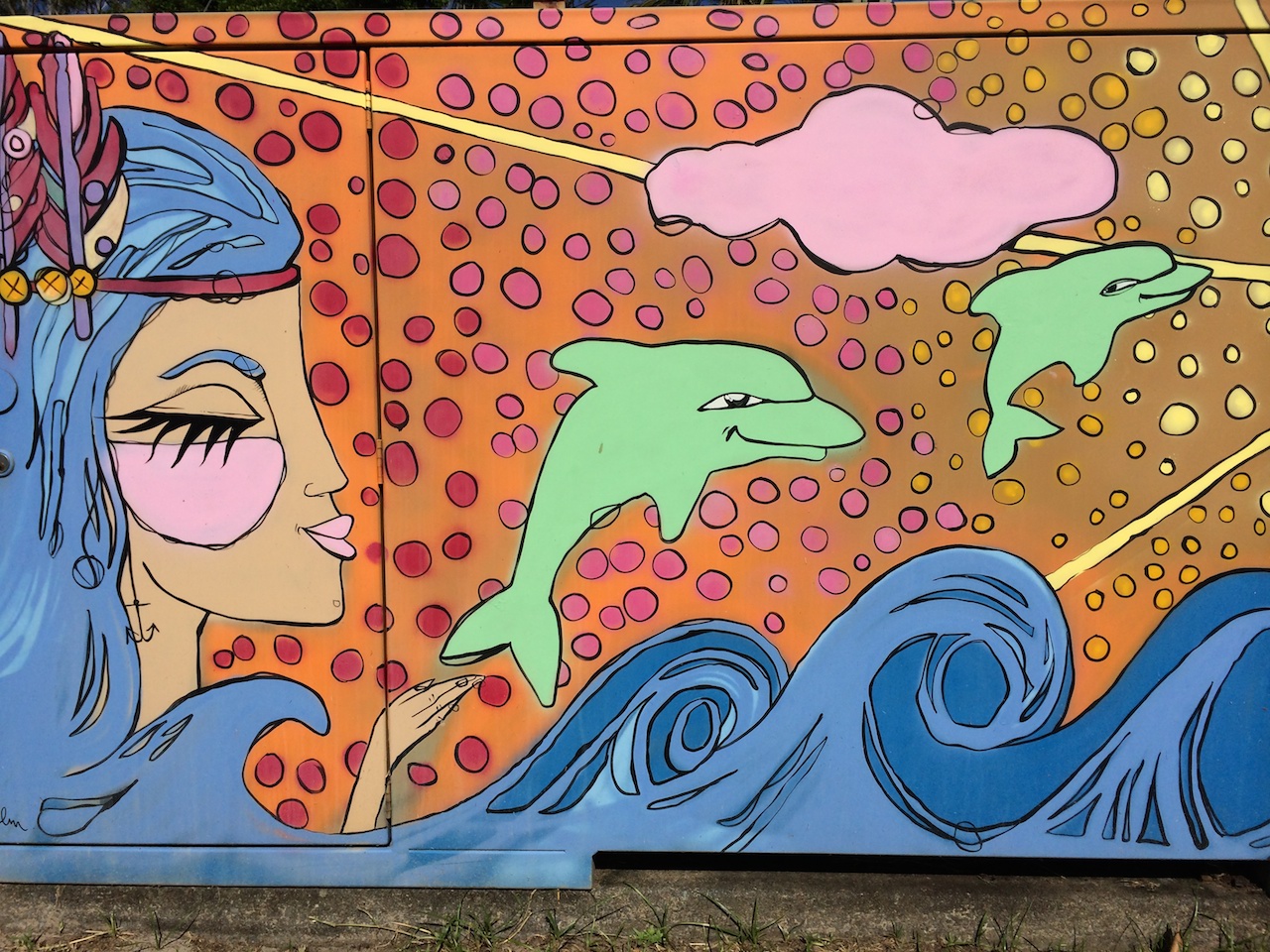 After living in Sydney all my life (when I've been in Australia), it's a breath of fresh air to live in regional NSW. I feel as if I have more time, fewer distractions, less stress. Life seems simpler, somehow. As I told the Northern Star reporter who interviewed me a couple of weeks ago - "Travel writer tours the world and chooses to live here" - I seem to be falling for the Northern Rivers.

I've spent most of my working life getting to know new places, so being here feels a lot like travelling - I'm meeting new people, exploring and learning every day - with the unexpected bonus that the longer I spend here, the more I feel at home.

(The "northern rivers", by the way, are: the Tweed, Richmond and Clarence, which meet the sea at Tweed Heads, Ballina and Yamba, respectively.) 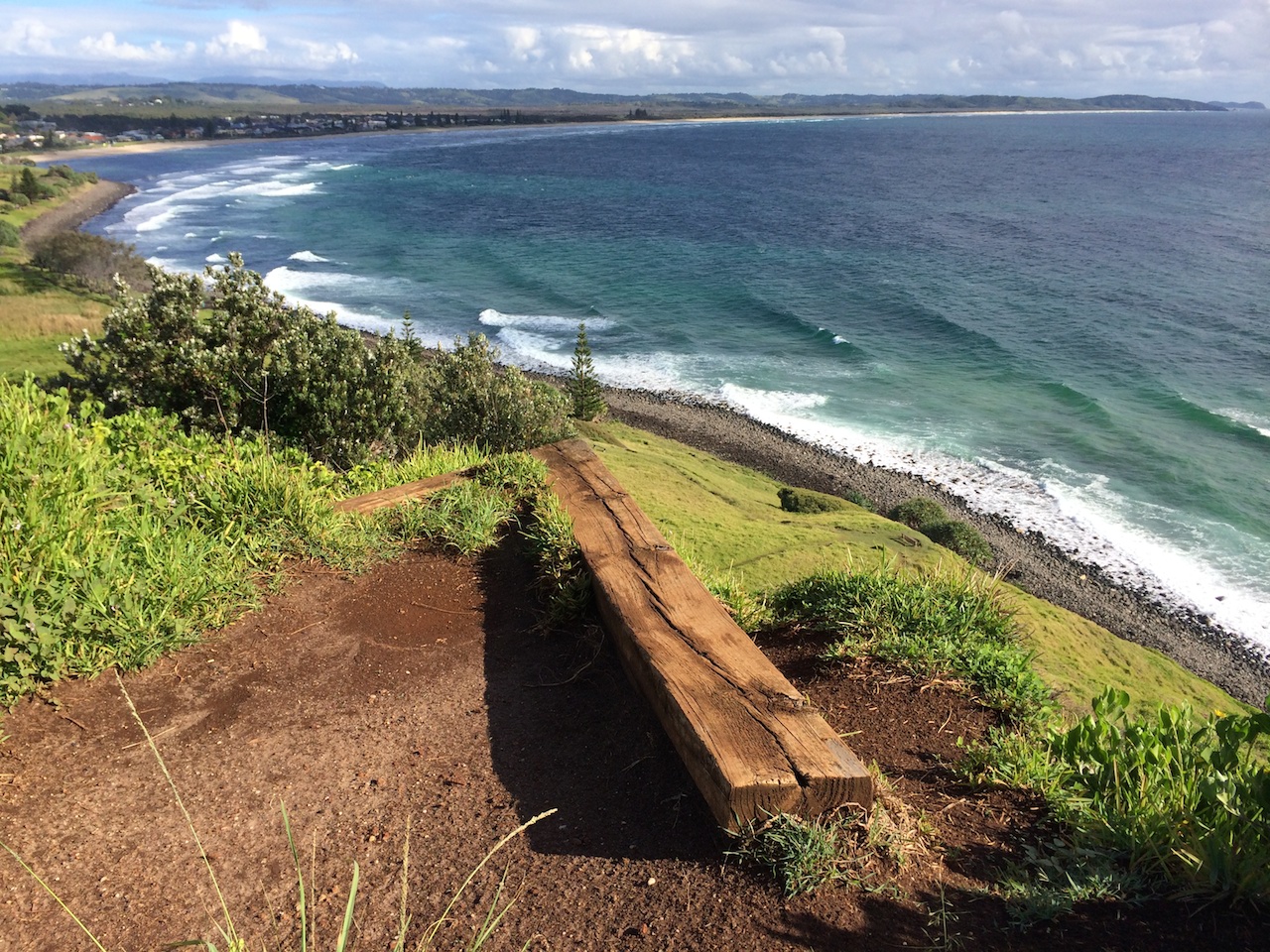 Why I love Lennox
Where to start? Lennox ticks a lot of boxes for me. I love that...

~ It's by the sea: all the shops and cafes on the main drag, Ballina Street, are right across the road from the beach
~ It has a spectacular natural setting: the sweep of Seven Mile Beach between Broken Head in the north and Lennox's distinctive headland to the south
~ It's quieter and less busy than Byron, which is still only 15-minutes north. 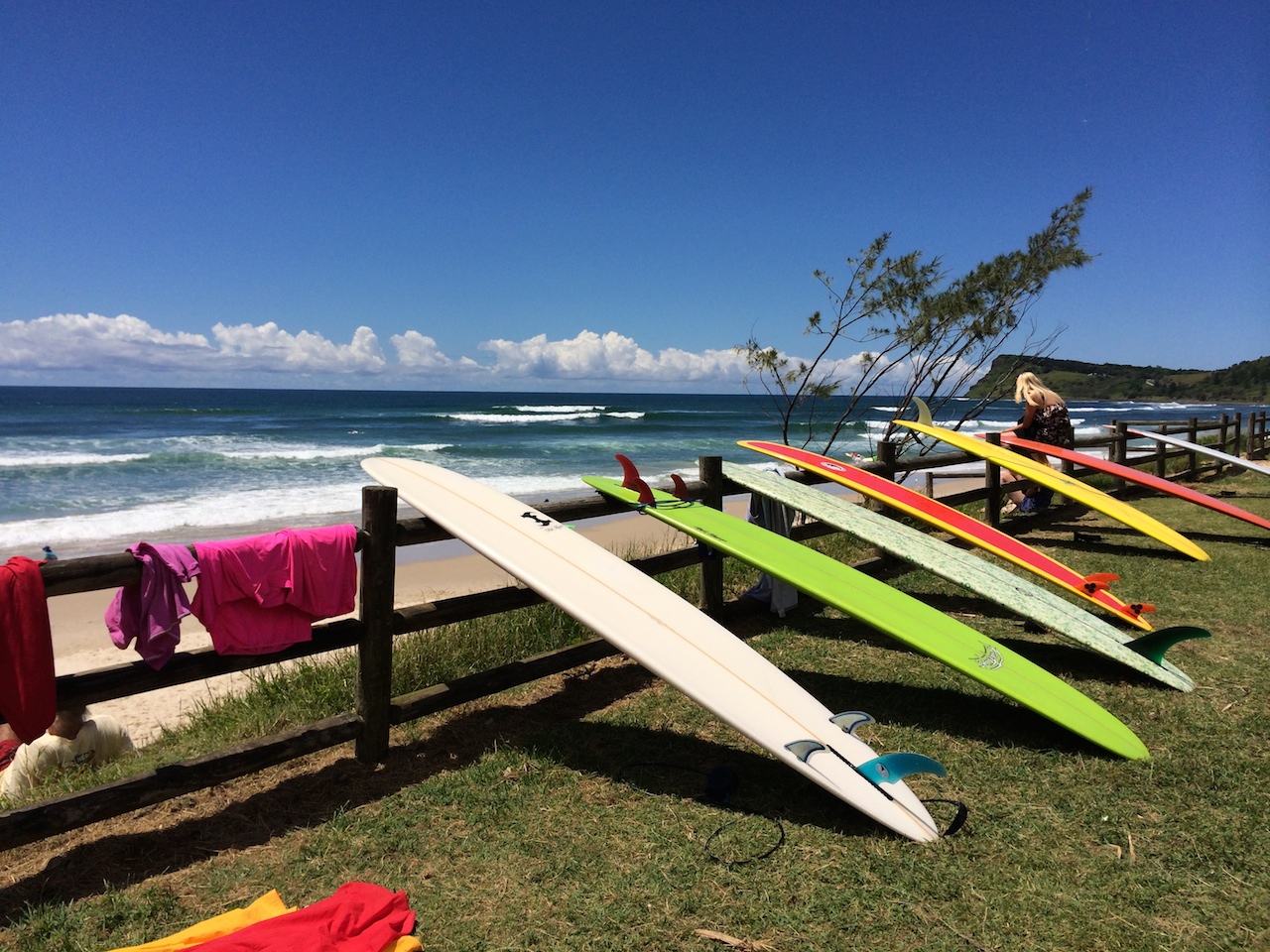 Most importantly, it's great for surfing. In fact, I'm still daydreamy from two surf sessions earlier this week: beautiful waves, just a few of us out, gentle offshore winds, sunshine, warm water (26 degrees!) and dolphins!

I love that surfing is a way into a community like this. I've met so many interesting, friendly people already - we get chatting while we wait for waves, or stand around in the sun afterwards, boards on the grass, car windows down, just hanging out. I'd forgotten that people still do this: hang out, oblivious to the time, with no plans, nowhere to hurry off to. 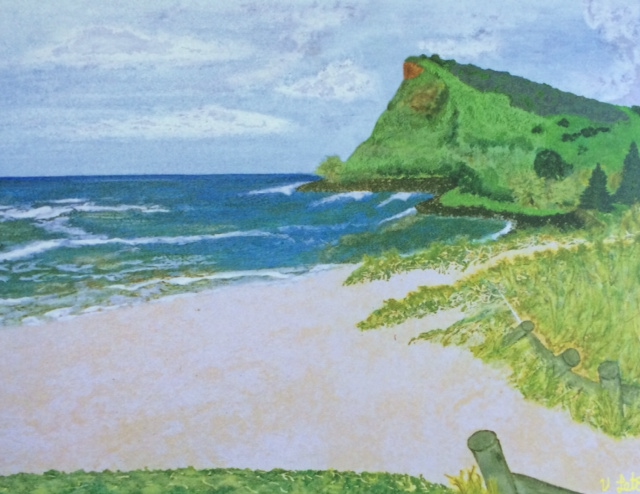 One of the first people I met was Vic. When he told me he writes for The Lennox Wave, our version of Annie Proulx's Shipping News (one of my favourite books), I asked him if he’s a journalist.

After living in Manly for the past 15 years, I love that you don't have to pay for parking anywhere in Lennox (and in Byron, a NSW National Parks gives you free parking at The Pass, Wategos and Tallows - a local tip). And that it's so safe you can leave your surfboard on the roof of your car while you go to the shops or linger over a post-surf coffee. 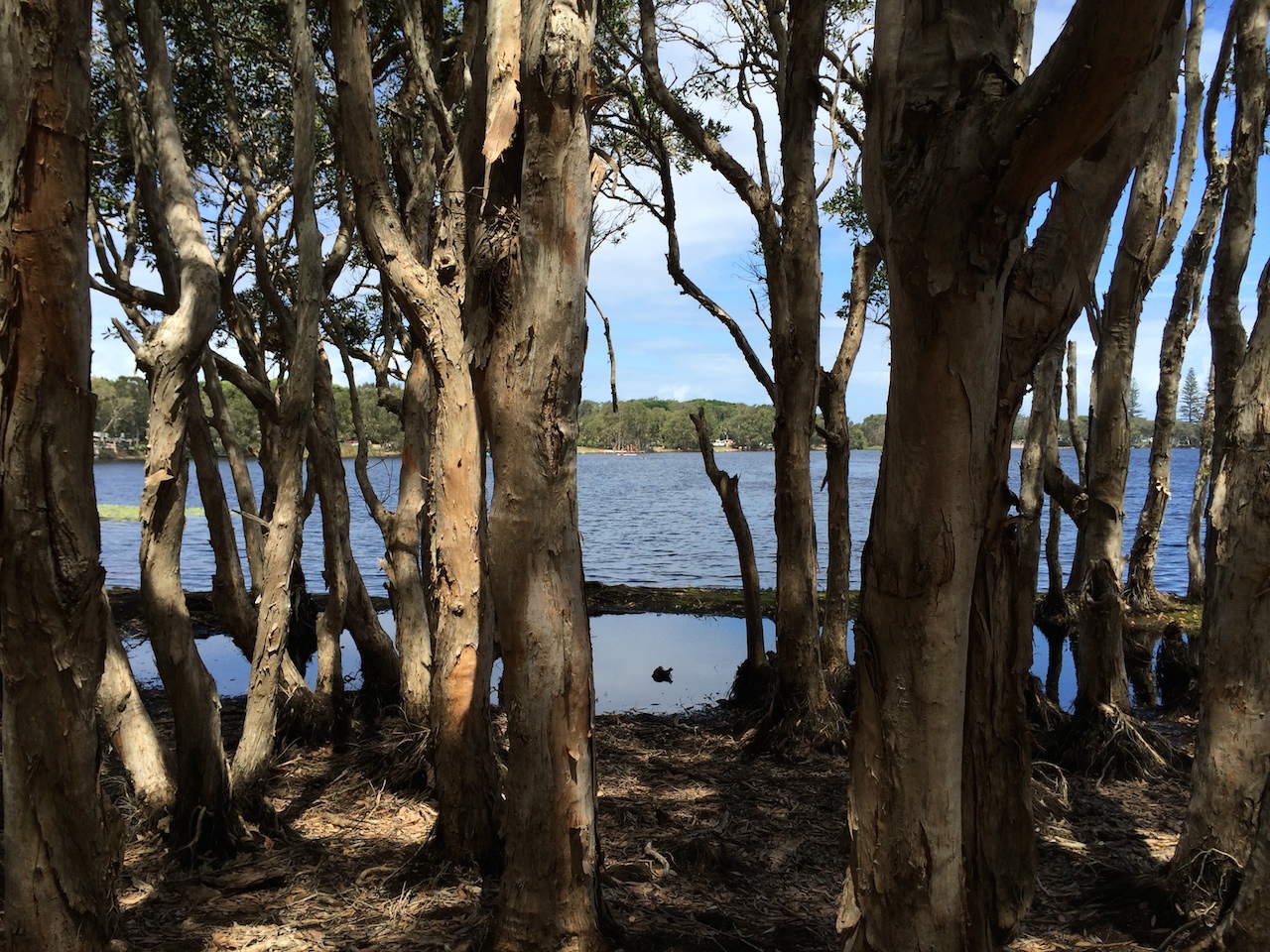 I love swimming in Lake Ainsworth, a freshwater lake fringed by paperbarks that was a sacred women's place in Bundjalung culture - which could explain why I love swimming in its dark, tannin-stained waters, and why a few of my male surfer friends don't.

Another thing I love about Lennox is its proximity to Byron (aka "the bay"), the epicentre of all things Northern Rivers.

You've gotta love Byron
There's nowhere like Byron. Sure, it's touristy and but it's also magical and big-hearted; everyone's welcome in Byron, partly because most people there have come from somewhere else.

Its Arakwal name Cavvanbah actually means "meeting place" (I learned that recently), so it figures that Byron is still a place for people of all stripes to gather, exchange ideas, enjoy each other's company and drift away again. 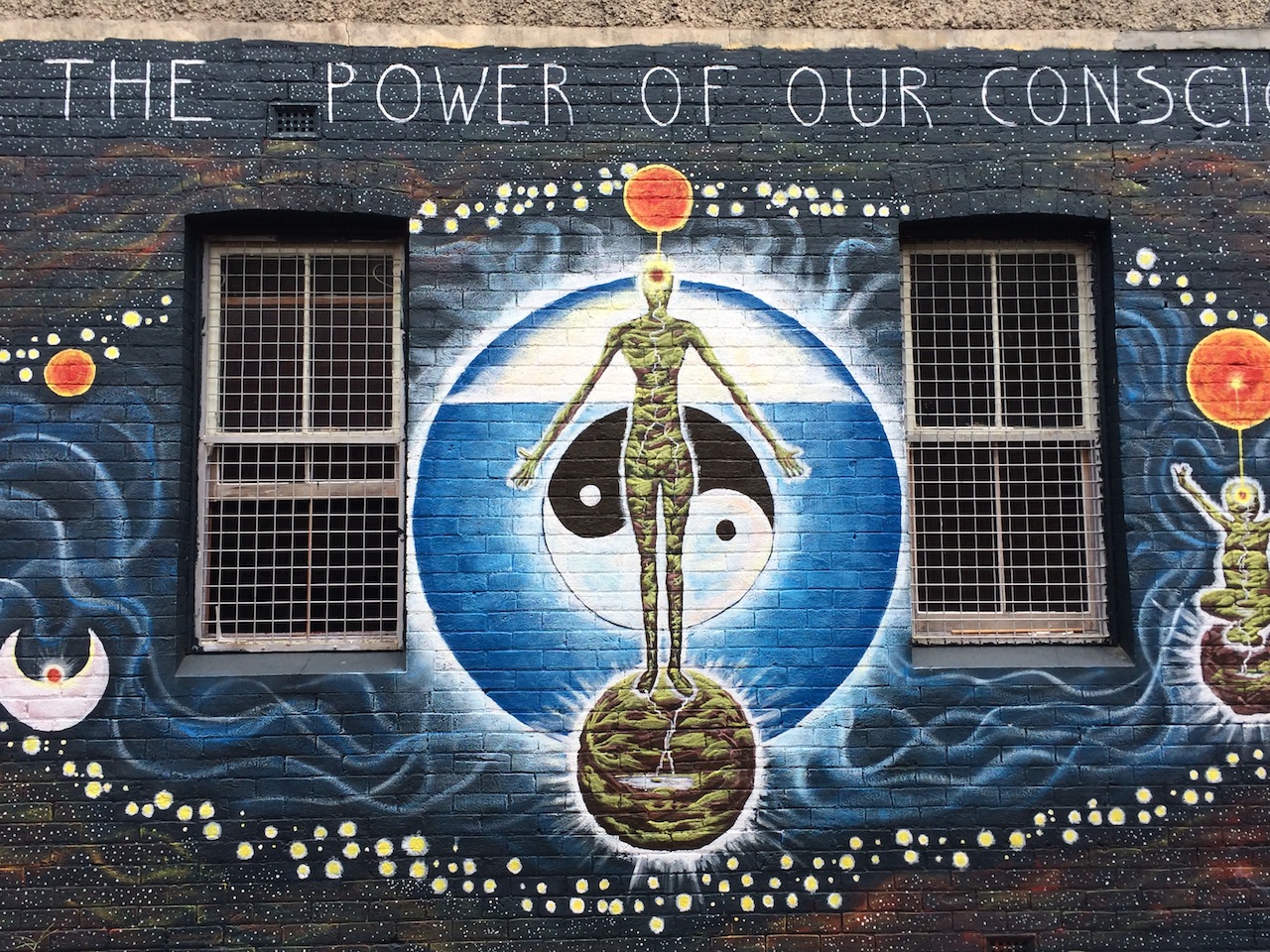 It's the kind of place where babies are called Bodhi, every second car has a "Lock the gate" or anti-CSG bumper sticker and people still hitchhike. Where there are no traffic lights, and every electricity meter box or bare wall is decorated with earth-loving, consciousness-raising street art.

I love the road sign on Byron's northern outskirts: "Cheer up, slow down, chill out". Right on.

You don't just bushwalk in the Northern Rivers, you do "heart walks" (guided meditative walks to tune in to nature's wisdom). It's not uncommon to walk forest trails barefoot and in silence with like-minded friends; I've done that a couple of times up here.

I love that I can get my hair cut for $25 by a salon-trained hairdresser with full-arm tatts and a ponytail in a hole-in-the-wall barber shop on Jonson Street. No products, no blow-dry, no trying to talk me into getting "a few foils". I'd rather get my highlights from the sun - he gets that. In fact, he’s the first hairdresser to tell me to swim in the sea as soon as I leave his chair and to condition the ends with a bit of virgin organic coconut oil.

And you still get a dose of "country" every time you open the Echo (Byron Shire's newspaper) and see job ads for sugar cane harvesters and long-distance drivers alongside ads for organic breads and yoga classes. 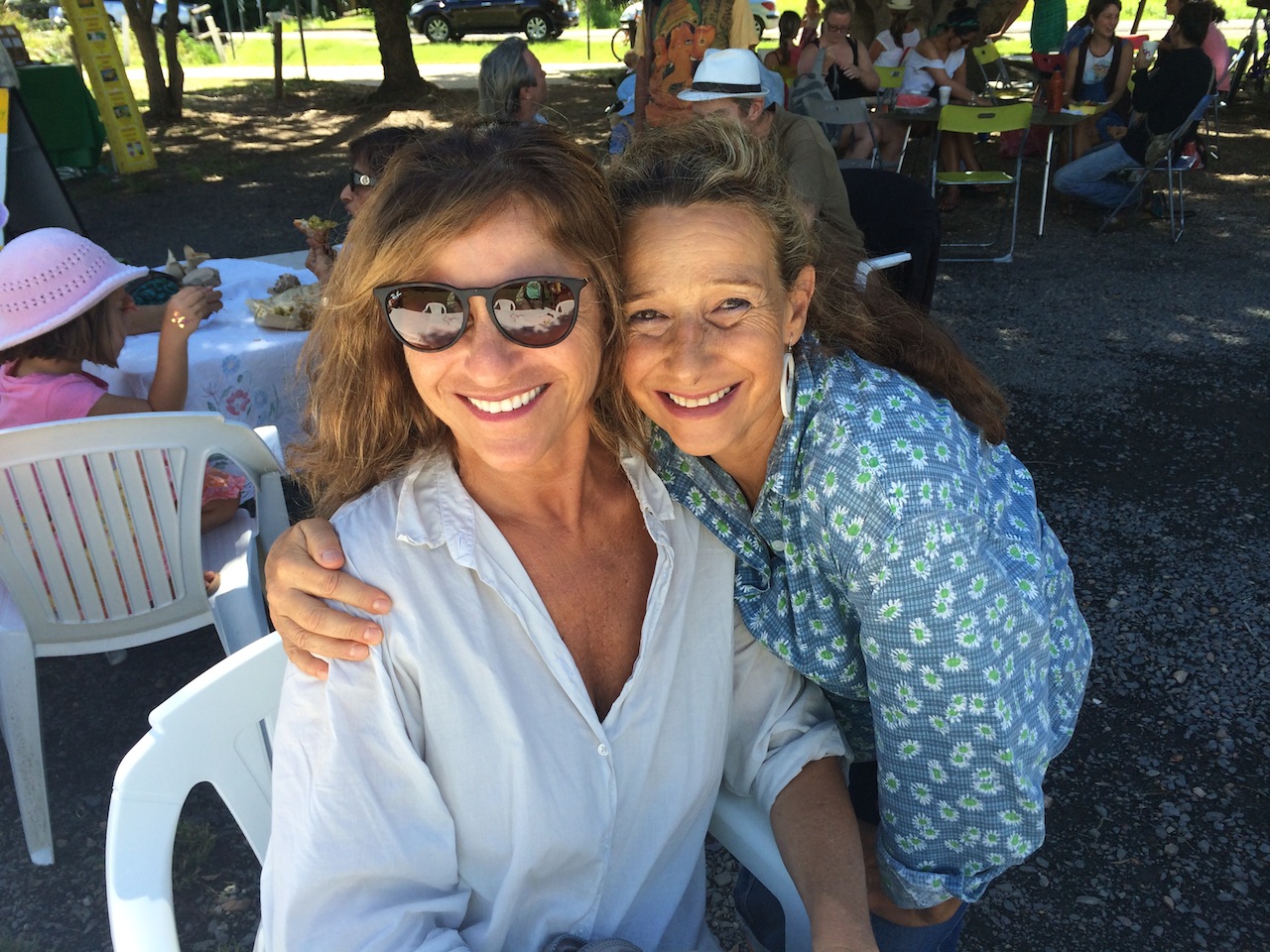 I love Byron's Farmers' Market (Thursdays, 8-11am). I get a lesson in local geography every time I buy, say, blueberries from Brooklet, brown jasmine rice from the Nimbin Valley, organic apples from Stanthorpe.

Sometimes I meet friends there and we treat ourselves to Myocum coffee and freshly baked pains au chocolat from the Mullum bakery stall, then sit at a plastic table covered with a hand-embroidered linen tablecloth - only in Byron. 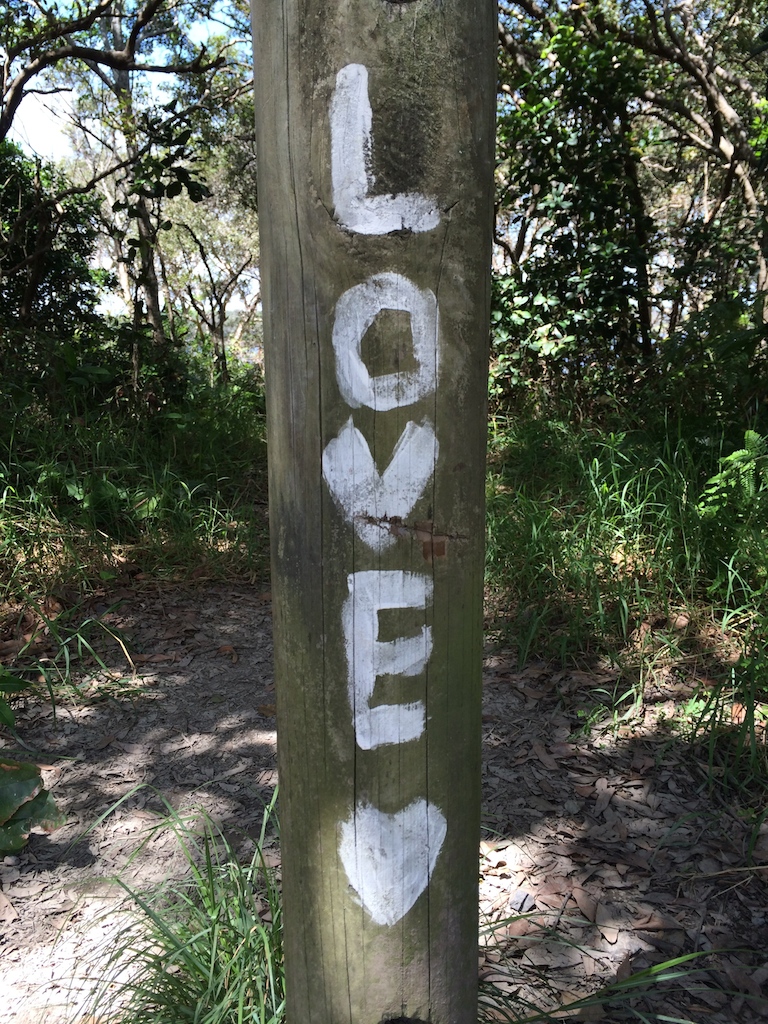 I love Bay FM, Byron's one and only radio station, whose tagline is "the heart and art of Byron". I love their "sexy voice weather reports" when the presenter puts on his best Barry White baritone and reads, “Byron Bay… 28… sunny with a chance of… showers.” Oh yeah. The other day I heard this intro to a segment: “Let’s talk a bit of politics, before we get onto sex and consciousness”. So Northern Rivers.

Local "secrets"
I've had a few Sunday drives lately to explore my new backyard: north to Murwillumbah, west to Alstonville, south to Evans Head. I love the names of hamlets around here: Possum Creek, The Pocket, Woodenbong. 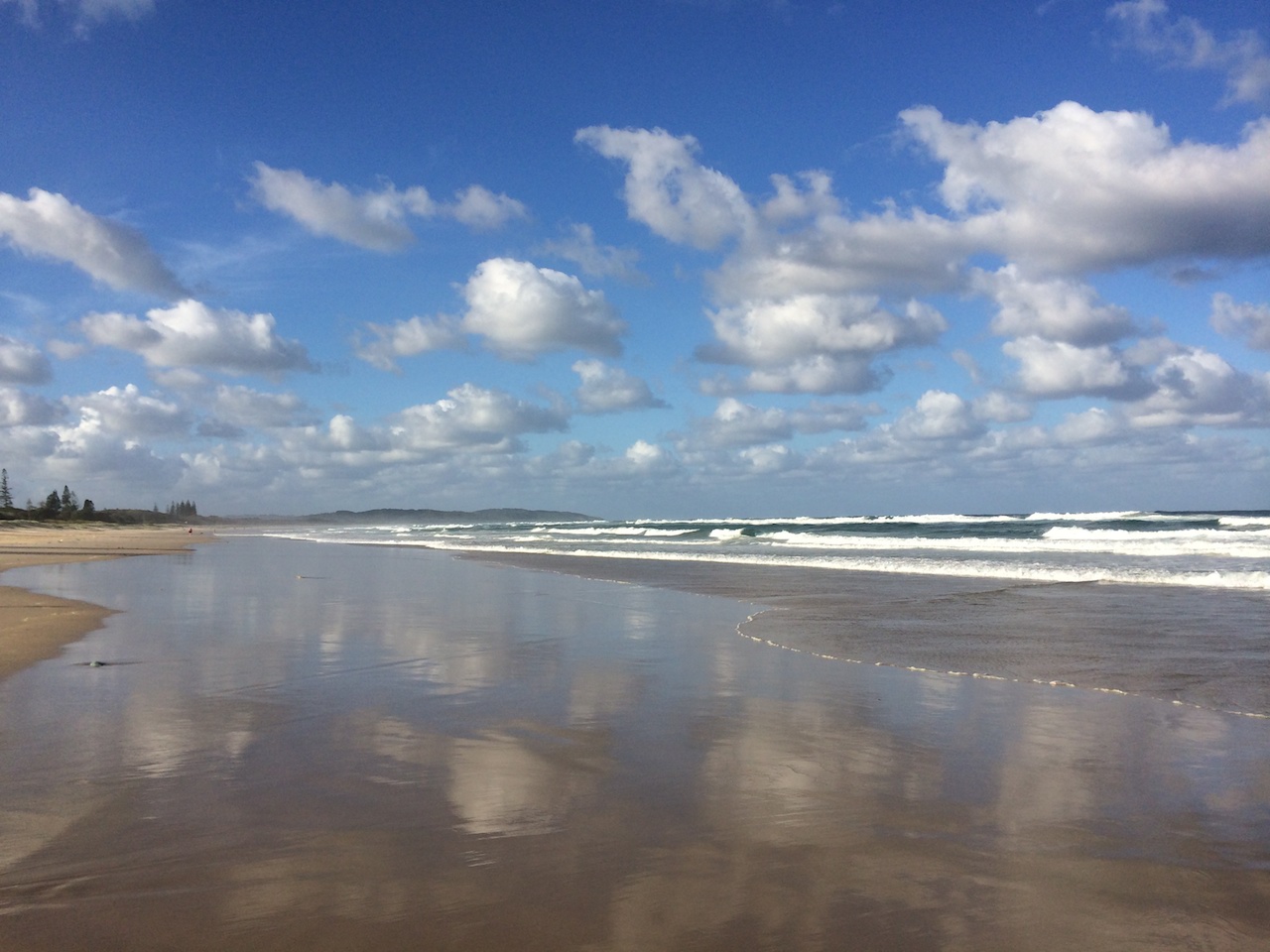 There are hidden gems around every corner. Unsignposted waterfalls, rickety roadside produce stalls with honesty boxes, secret beaches. The southern hemisphere's only Buddhist stupa, built in 2012 at the Crystal Castle (near Mullum) and blessed by the 14th Dalai Lama no less. Australia's first solar-powered electric-vehicle charging station, at the Macadamia Castle (of all places), right on the Pacific Highway, just south of Byron. The amazing Tweed Regional Gallery, which has views of Mt Warning and a recreation of artist Margaret Olley's "yellow room" home studio. 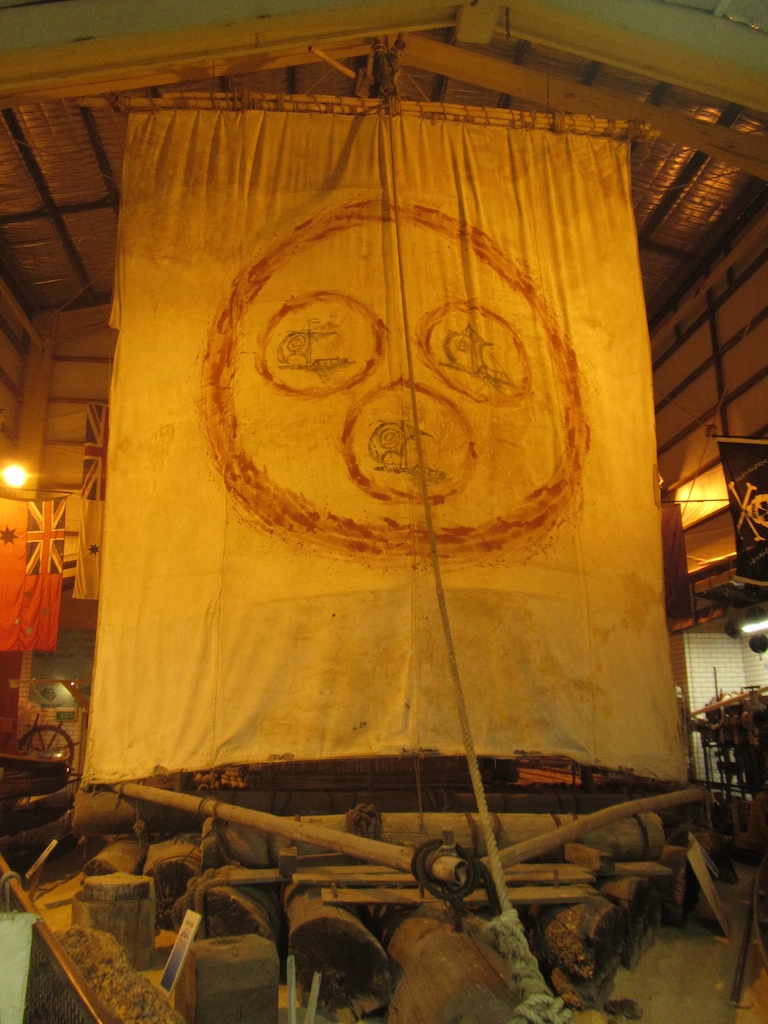 My favourite find was a massive Kon-Tiki-style balsa-wood raft in Ballina's maritime museum. Inspired by Thor Heyerdahl's 100-day journey from Peru to Polynesia in 1947, a multi-national team of 12 men spent 178 days (almost six months!) sailing three Las Balsas rafts from Ecuador to Ballina in 1973. Who knew?

"Perhaps I am romantic," said Spanish expedition leader Vital Alsar before setting off. "And the men who sail with me must be romantics too, for it is my idea they are risking their lives for. But they are practical romantics, not just dreamers. It is childish to just sleep and dream of doing something. But to make something a reality ... is wonderful."

Adventure and inspiration in a hangar-like museum in downtown Ballina - how very Northern Rivers.